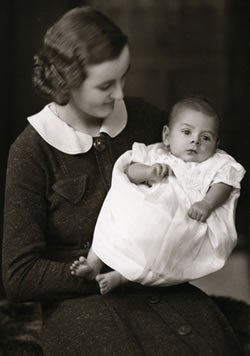 Civil registration records are vital to family historians because of the genealogical information that they include. On 1 July 1837 a civil registration system for births, marriages and deaths was introduced into England and Wales. Copies of ancestor's birth, marriage or death certificates can be obtained by the public from the General Register Office (GRO) for a fee payable to the GRO. The difficulty that a new researcher may have is that to obtain these civil registration certificates you need to find the correct entry in the index. Luckily there are ways to easily search the index by using powerful online resources that seek out the entries according to the criteria that you enter from within the family history records.

The indexes themselves will give you a lot of useful information on their own - for example with the birth indexes you can find the year and quarter your ancestor was born, along with the district and, from the September quarter of 1911, the mother's maiden name. The marriage index contains information that is similar to birth indexes and from the March quarter of 1912, the surname of the spouse is also included in the index. Death indexes from the March quarter of 1866 also give the age at death shown alongside the name. If a 0 appears as the age then this suggests an infant dying under the age of 1 year. From the June quarter of 1969, the date of birth of the deceased is also included in the death indexes instead of an age.

The ordered certificates provide researchers with much more facts. For example a copy of a birth certificate is a prime source, providing evidence of your ancestor. Other information such as the father's name and occupation will be revealed in most cases, along with the mother's maiden or former married name and an address place for the birth.

With the introduction of the new system from 1 July 1837, all the births and deaths in an area now had to be reported to a local registrar, who in turn reported them to the superintendent registrar of the registration district. The superintendent registrar retained a set of his own records and these today may be found at local archives. He would, however, copy the records and then, every three months, forward a copy to the Registrar General at the GRO that was in London in those days. Marriages also had to be registered in a similar manner.

The law in England and Wales had previously laid down that between 1754 and 1837 marriages had to take place in a parish church of the Church of England in order to be valid (the only exceptions were ceremonies in accordance with Quaker or Jewish rites). With the acts of Parliament of 1836 and 1837, that established the civil registration system, came a relaxing of the strict position on what was a legal marriage. The new acts also provided that marriages would be valid if they took place either as a civil ceremony, before a local registrar in a civil registry office, or in the presence of a civil registrar. Then in 1898 certain authorised persons in buildings used for Roman Catholic or nonconformist worship and which were registered for the celebration of marriages could also marry people in the eyes of the law.

A marriage certificate would be issued, which would be given to the married couple and then two registers need to be completed at each wedding. One marriage register is kept by the church and when the other has become filled with entries - an event that may take many years - it is sent by the clergyman to the superintendent registrar of the registration district in which the church is situated. As well as this requirement, however, the incumbent of the church had to make another copy, from his register, of any entries of marriages that had taken place during that last quarter and send that copy directly to the Registrar General every three months. The Anglican church, civil and non-conformist marriages were now all subject to the same system regarding the keeping of marriage registers and so similar registers were retained by a church, but also copies were sent on regular basis to the Registrar General and superintendent registrars.

Death Certificates usually include the registration district when & where your ancestor died, name, sex, age, occupation, cause and a description and residence of the informant who may be a relative. The information collected changed over time. In the early years from 1837, the only details requested was the date and place of death, name, age, sex, occupation, and cause of death. Then from the middle of 1969, the information expanded to include the date and place of birth of the deceased, their usual address and, if the person was a married woman, her maiden name.

It is not possible for the general public to inspect the original registers that record the births, marriages and deaths of citizens, but the GRO does have national indexes for each vital event. These quarterly volumes list alphabetically the names of the people who were born, who married or who died in each period. The public can obtain a certificate of the entry that had been sent to the Registrar General only from the GRO and so long as you locate the details in an index. The indexes can, however, be easily searched online. The certificates from the GRO includes a copy of the register entry of any birth, marriage or death. Copies of the local Superintendent Registrars entries are held at local county archives and use a different referencing system making them harder to access in many cases.